Knowing effectively nothing about this project it has been approached at face value, where the album title then gives a clear indication it involves musique concrète  experimentation. This is duly confirmed on the opening track Her Tears Shed In Paradises Grotto, which is based on field recordings of distant rumbling tropical thunder, lapping waves, sparse bird calls, and minimalist single note synth melody provides a forlorn yet dreamlike atmosphere. Elsewhere muted rhythmic metal clangs, looped field recording elements, and micro-tonal clatter provides a more ‘post-industrial’ vibe. Yet the overall tone and atmosphere is kept purposely subtle and moody thanks to the minimalist underpinning melodies, which on occasion includes a tropical-tinged guitar. Vocals also sporadically appear as an additional tonal element, but are treated with sonic smear which prevents interpretation, and which are further placed far off in the background of the mix for added obscurity.

As further alluded to by the album title, this release functions to collect material from a number of limited-edition tapes from 2016-2018 (plus 2021 bonus track), but notably it all hangs together strongly here as a standalone album of post-industrial inflected and darker toned musique concrète works. A six-panel pastel pink digi-pack adorned with suitable imagery provides further visual references to align with the coastal concept, which is then self-described as: ‘subconscious tropical concrète atmosphere & malaise’. The end result is a divergently intriguing album that is slightly left of centre of the usual type of material covered by Noise Receptor. 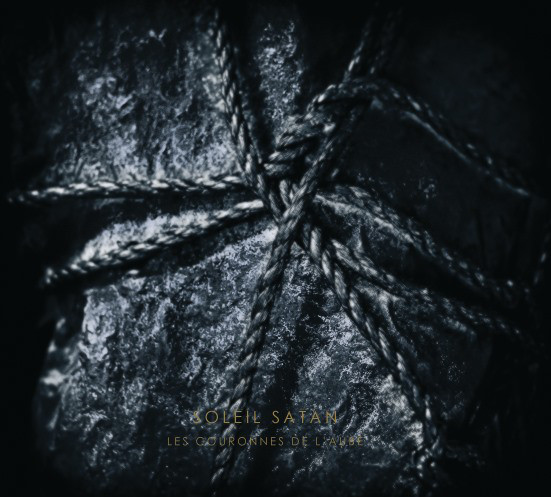 Cipher Productions has released yet another previously unknown project for me, so the promo text is then useful in providing context by placing Soleil Satan from the culturally disputed Basque region of Spain. It also clarifies the project is helmed by Miguel A. García: a sound artist ‘working mainly in the field of electro-acoustic composition and improvisation’, while this album ‘is a solemn ambient exploration of voice, guitar and electronics, recorded in a deserted factory in Bilbao’.

On this apparent debut album, an organ-like sustained drone opens proceedings and further sees other sparse acoustic, percussive and reverberating elements flit and weave. Equally the depth of the sound production functions to give a strong impression of a cavernous and echoed space, which obviously typifies the chosen abandoned factory location for the recording. Later on, sparse whispered vocals appear, as do guitars, yet the strings are played in an atypical fashion to provide for elongated and abstract droning effect. This general approach found on the opening tracks continues through the balance of the album’s 40 or so interlinked minutes. Here creaking sounds and a myriad of unidentifiable atonal elements bleed into the sonic frame and very much embedding the impression of experimental and broadly ambient framed post-industrial soundscapes. Although in a few moments the tone does push upwards towards headier and noisier sonic peaks.

A pro-pressed CD and four-panel mini-gatefold sleeve round out the visual presentation of what is an enjoyable and strongly engaging introduction to Soleil Satan.

Over a relatively short time span, Hank Gillet’s project Pterygium has demonstrated ambitious intent, as well as being something of a sonic chameleon that inhabits the in-between spaces between noise, dark ambient, and post-industrial spheres. Armed with this modus operandi, Hank has created a unique and now recognisable sound for Pterygium based on the well-received albums, including 2018’s Concealing the Past (via Tesco Organisation), and 2020’s Stoic Ubiquity (via No Recent Records).

For his first release on Cønjuntø Vacíø (a Spanish experimental label previously unknown to me), it is the first of Pterygium’s sounds on both vinyl as well as the shorter 7″ format. Delivering two instrumental tracks, Hank has opted to emphasise and showcase the dark ambient side of his sound. With a religious slant to the track titles (i.e. My Son, Keep Your Father’s Commandments and The Lord Is My Shepherd), this is also reflected in the sacral-tinged soundscapes, which seamlessly blend samples of ceremonial laments. Being brooding and contemplative overall, the tone stops short of edging into territories of overt sonic angst which has partially characterised earlier material.

For the sake of guiding comparisons this release would sit neatly next to the sacral post-industrial soundscapes of later-era raison d’etre, or the dark ambient side of Lussuria. As for the physical edition, this is a crystal clear, lathe cut 7”EP, with suitable sacral album artwork.