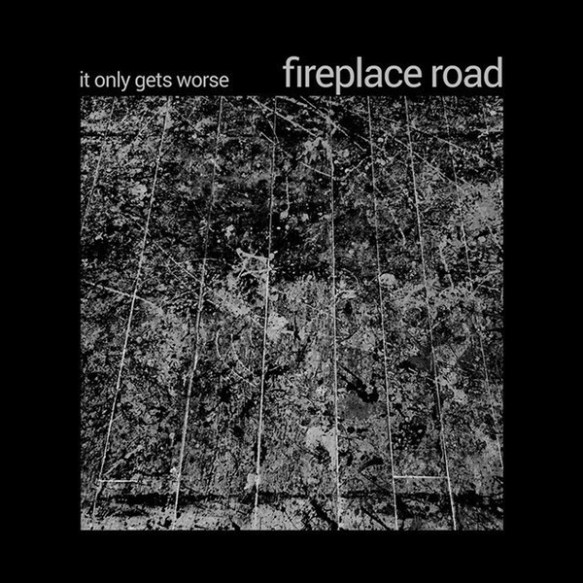 When I was first heard about this project I was unaware that it is another musical outlet for Maurice De Jong, he of the more widely recognized projects Gnaw Their Tongues and Aderlating. For this project Maurice has provided the music and has teamed up with American Matt Finney to provide lyrics and vocals, and based on the project name I perhaps excepted this would be death industrial type music, however that assumption was completely wrong. What is featured is a bit of an odd blend of post-rock musically sensibilities, ambient soundscapes and late 1990’s/ early 2000’s beat drive electronica.

On the opening untitled track a mellow post-rock mood comes through strongly, which is framed around piano and synths rather than guitars, while the following track Jackson dives headlong into a piece of mid paced kit drumming, programmed beats and squelching bass rhythm, with the guitars again being an understated element. In forging further variation, a mood of uplifting melancholy permeates the upbeat Lee, which is mostly derived from the layered shimmering synths. However to speak of less successful moments Painting On Glass contains fractured programmed elements which jar against the mood of preceding tracks. Beyond the music, the vocals on various tracks are spoken in a heavily inflected southern American drawl, which are musings on life, tragedy and loss, but handled in a poetically oblique and non-direct style.

Six tracks feature on the pro-duplicated tape, with around a total of around 24 minutes minutes of material, and while the end result caught me by surprise, it is an enjoyable tape all the same. So, if you are at all curious leave your expectations at the door as this is nothing like Maurice’s usual output, where perhaps the closest comparison is the less known side project Seirom which in the past has delivered some beautiful cinematic quality, droning instrumental post-rock/ shoegaze styled soundscapes.

With Trepaneringsritualen now being a widely recognized name within the industrial underground, prior to the launch of that project in 2008 sole member Thomas Martin Ekelund recorded under another style and moniker, namely Dead Letters Spell Out Dead Words (‘Dead Letters’ for short).  With Dead Letters being broadly bracketed under the genres of drone and dark ambient, the music is also more musical than those genre classifications might imply.  As for ‘No Words’ it a re-release of a 2010 tape featuring 3 lengthy tracks, which span an album’s worth of material (43 minutes).

On the musical front although being sonically lighter than the rather imposing ritual death industrial works of Trepaneringsritualen, conversely Dead Letters can be considered as being emotionally heavier than Thomas’ current project.  As such there is a real sense of melancholy and emotional desolation which weaves through the music, and which draws the listener deep within the confines of its depressive atmosphere.

The first side of the vinyl bring two separate 10 minute tracks under the same title of ‘No Words’.  Based on their combined title, these pieces are obviously instrumental, where the first track features a spartan (clean) guitar tune, with plodding bass and sparse, tonally shimmering dark ambient undercurrent. With an almost ambient ‘post-rock’ edge, the sense of melancholy and desolation is far greater than typical music of that genre, but mid track the mood builds to a sort of doom addled synth based crescendo.  The second track on Side A ebbs forward at a crawling pace as gradual drone layers are added, where later a layered drone guitars evoking a bittersweet melody of doom creeps into frame (…”crushingly uplifting” might be suitable oxymoron to use).  Side B delivers the single LP sided track ‘Forgive/ Forget/ Regret’, which spans 23 minutes.  Commencing very much as a sparse doom-drone track, of atonal bass thuds, it catatonically builds upon a sparse undercurrent of shifting ice like static.  Well into the second half a miserably depressing guitar line emerges into frame, along with a slow cyclic rhythmic pulse, and melodic synths to give a greater sense of song structure and movement, which continues through to the conclusion of the piece. Desperately and depressively sublime….

Given that Dead Letters back catalogue has in some way been overshadowed by Trepaneringsritualen, Cloister Recordings US should be commended for digging this release for a vinyl reissue treatment.  On the visual front the artwork visually articulates the emotional desolation found within, whilst the mastering courtesy of James Plotkin has perfectly polished the musical content for a new audience.  Being almost needless to say, this is a great release.

The Melancholics are a project whom I was previously aware of by name alone; but had never heard their music until now.  ‘Solar Cafe’ is their third and final album, given the group has disbanded due to the untimely passing of a group member.  Noting that the project moniker obviously hints at darker realms of the human psyche, what we have here is abstract guitar driven dark ambient soundscapes.  As such a floating, hazy and maudlin ambience marks the bulk of proceedings, where the predominantly abstracted guitars intermingle with drones and tonal washes of sound.

Essentially cinematic in scope, the soundscapes of ‘Solar Café’ are constructed with treated synths drones and shimmering guitars, where ringing bass notes and scattered unobtrusive industrial debris flesh out the sound.  Treated spoken/ sampled vocals on occasion flit in and out of the mix, coupled with what sound like looped field recordings to provide further textural depth.  Clearly the sparse clean guitars resplendent with radiating reverb provide a melodic underpinning to various segments, where the understated playing also adds to the emotional impact.  Interestingly there is also slight ‘post-rock’ quality to the melodic scale of the guitars, although this is far from ‘riffed’ driving musical songs; being more akin to an sparser version of Neil Young’s extremely sparse guitar work on the ‘Dead Man’ soundtrack (but here with a reduction of the particular Americana twang which characterized Neil’s guitar playing).  To pick out a particularly track from the 9 compositions (46 minutes), ‘The End Belongs To This World’ it contains a somewhat out of place and jarring interludes, where what can only be described as lo-fi basement black metal sporadically interject; being almost as if the result of crossed radio frequency.  Although an interesting sonic effect, it however has the negative impact of distracting from the overarching mood of the album which both precedes and follows it.

Perhaps boarder compassions could be drawn to the occasionally guitar driven album ‘The Goddess Who Could Make the Ugly World Beautiful’ by Morthound; or the recent ambient/ post-rock tinged Sigma Octantis album ‘Dissipations’.  But specific comparisons aside, ‘Solar Care’ evokes an effortlessly bleak and melancholic yet occasionally beautiful atmosphere, which will clearly appeal to listeners of cinematic scoped dark ambient and abstract guitar based music. 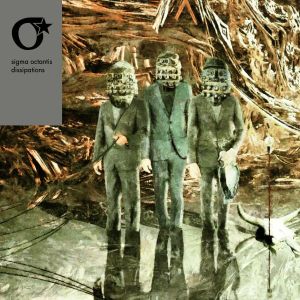 In collaboration with the French label OPN, Malignant Records have used their sub-label ‘Malignant Antibody’ to issue the fourth album and apparently the final release from Sigma Octantis. Although having not heard of Sigma Octantis before, from the introduction provided by ‘Dissipations’ they deliver an interesting amalgam of stylistic elements cherry picked from a number of genres (including: animated dark ambient, 1990’s era tribal-industrial and post-rock), where these disparate elements are blended in such a way as to not sound derivative of any of the genres in particular.  Noting also that the defunct cult Swedish project Morthound is used a reference point within the promo blurb, this is actually quite a spot on reference point, given a similar musicality, diversity and playfulness is demonstrated here (and particularly reference Morthound’s albums ‘Spindrift’ and ‘The Goddess Who Could Make the Ugly World Beautiful’).

Album opener ‘Vieil ocean, aux vagues de cristal’ starts proceedings with a typical dark ambient drone melody but it is not long before rousing tribal rhythms kick in over which a solo piano melody provides a dour, down tuned mood, yet the tone morphs again with the later introduction of a twanging guitar line providing a post-rock sensibility. On ‘Errance Definitive’ the tribal-industrial rhythms sound as if almost an outtake of Deutsch Nepal’s classic album ‘Deflagration of Hell’, but the later section soars off into territory all its own through the use of shimmering synths and quasi-orchestral textures (late track again morphing towards a post-rock tone).  Likewise with its slightly middle eastern tinged melodies, ‘Des astres tranquilles’ encompasses a sonic atmosphere somewhat reminiscent of the most mellow and musical passages found on ISIS’s final album ‘Wavering Radiant’ (which is a complimentary comparison to make).  The final track ‘Farewell’ is also an absolute album standout, being a moody melancholic track of swelling cinematic orchestral melodies and driving tribal industrial hand percussion.  Throughout its course it drops away into quiet segments of post-rock tremolo guitars and rock kit drums before building to the final crescendo to rival the build ups of Mono or Explosions in the Sky and generating an absolutely stunning and sublime song in the process.

Eight tracks in all cover just short of an hours play time and although my personal listening habits extend to a wide range of music outside the main focus of noise receptor journal, Sigma Octantis are not a project which have ever cropped up on my radar before.  Therefore recognition should be afforded to Malignant Records for issuing this album which is slightly off tangent the main bulk of their musical output, particularly as it is a great album which may have otherwise passed by unnoticed.